The man claims his right to human dignity would be breached if he was to be deported so close to the birth of his and his Irish partner’s first child. 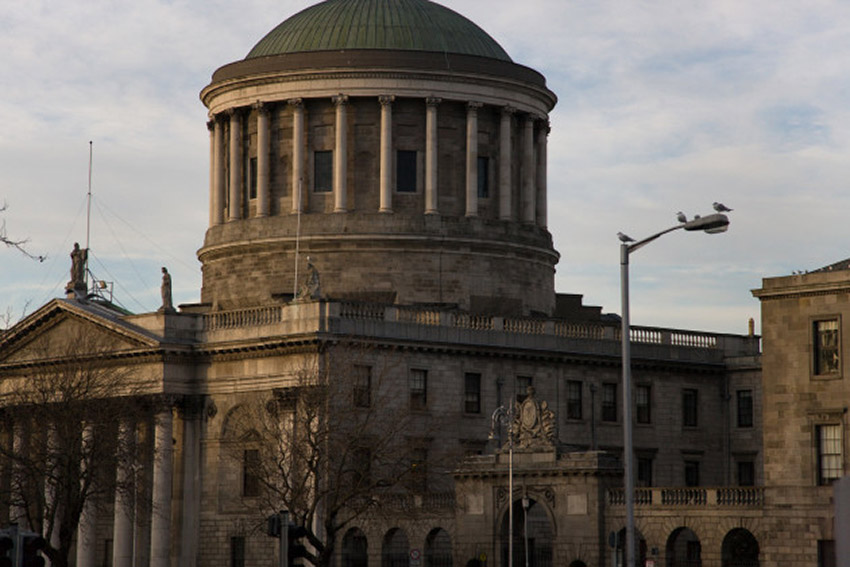 A FATHER-TO-BE has secured a High Court injunction temporarily halting his removal from the state.

The man, a failed asylum seeker who cannot be identified for legal reasons, claims his right to human dignity would be breached if he was to be deported so close to the birth of his and his Irish partner’s first child.

The man’s partner, the High Court heard, is due to give birth in the coming days and the couple would be “devastated” if the man was forced to leave Ireland.

Seeking an injunction to prevent his deportation until his action has been decided upon by the High Court, the man claims that the constitutional rights of the couple and the unborn child must be considered by the State given the circumstances of the case.

The injunction was granted on an ex-parte basis where only one side was present at a vacation sitting of the court today, presided over by Justice Úna Ní Raifeartaigh.

The case raises similar legal arguments to those considered in a judgement by Justice Richard Humphreys in July of last year concerning the rights of the unborn.

The judge, in a case also brought by man challenging a deportation order on the basis his Irish partner was about to give birth to their child, found “unborn” means an “unborn child” with rights extending beyond the right to life under Article 40.3.3 (the 1983 anti-abortion amendment of the Constitution).

That judgement has been appealed by the State and is pending before the Supreme Court.

At today’s sitting barrister Paul Ó Shea, instructed by Brian Burns of Burns, Kelly, Corrigan solicitors, for the man said deportation in this case would amount to “an unlawful interference” with the Constitutional and European Convention rights of his client, the man’s partner and their unborn child.

Blood feud
The man fled his native country twenty years ago because of a “blood feud” with an uncle who had been involved with a political party. After hiding out for several years the man arrived in Ireland.

After his application for asylum was refused a deportation order was issued in respect of the man, who is aged in his 30s. Fearful that he might suffer serious harm in his native country he evaded deportation.

However before the deportation order was issued the man says he met an Irish woman who he “fell deeply in love with and remains in love with her”.

He has lived with her since 2012 and they are expecting their first child. In order to regularise his situation the man instructed solicitors to bring about a situation where the couple’s relationship would not be broken up and they can have an active part in the raising of their child.

In March the man’s lawyers wrote to the Minister for Justice asking that the deportation order be revoked and that an undertaking be given that he not be deported until that request had been determined.

No undertaking was given and the man, fearing his deportation was imminent, has brought proceedings against the Minister for Justice and Equality, Ireland and the Attorney General.

He seeks a declaration that the implementation of the deportation order before a determination has been made in respect of his application to have the exclusion order revoked would be unlawful.

Counsel said that deporting the man would be disproportionate, and that the failure to consider the application to revoke the order was unreasonable, irrational and unlawful.

After granting the injunction Justice Ní Raifeartaigh also gave the man’s lawyers permission to bring judicial review proceedings aimed at having the deportation order set aside.

The Judge made the matter returnable to 24 April next when the new legal term commences.