The young boy (who suffers from sickle cell disease) and his mother have been subject to the order since 2011. 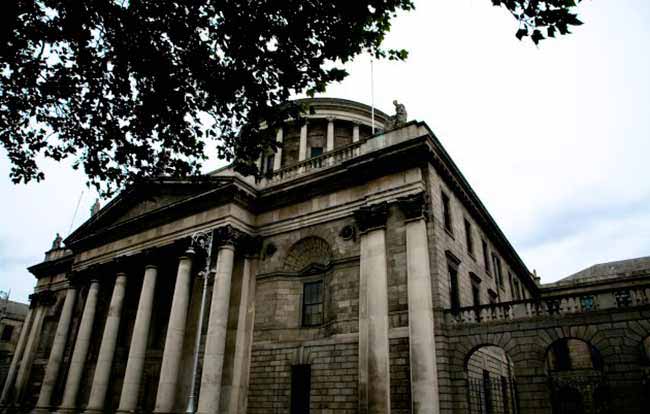 THE SUPREME COURT has heard submissions regarding a deportation order that would see a Nigerian mother and her Irish-born eight-year-old son, who has a severe case of a blood disorder known as sickle cell disease, forced to leave the country.

The original deportation order was made in 2011.

Most recently, an application for judicial review of a decision to uphold the original order was refused by High Court Judge Richard Humphreys in November of 2016. That challenge had seen legal counsel for the young boy, who was born in Ireland after his mother arrived in 2009, seek clarification as to what policy was being enacted by the Minister for Justice in making the deportation order.

At the time, Humphreys said that to uphold an argument made by the applicant (that an informal process exists in Ireland to allow undocumented migrants who have been here longer than five years to remain) would lead to others ‘gaming the system’ to their own ends.

An appeal of that decision was approved to be heard before the Supreme Court, with the hearing fast-tracked in deference to the seriousness of the boys’ condition.

Sickle cell disease is an inherited red blood cell disorder. A number of similar legal cases in Ireland remain extant on foot of whatever decision emerges from the Supreme Court.

‘Should be published’
At today’s hearing before the Irish Chief Justice Frank Clarke and four other Supreme Court judges, counsel for the applicant Michael Conlon argued that as the Minister for Justice was exercising statutory powers when making a deportation order, the policy he is relying upon to do so should be published.

He said that attempts to clarify what that policy was, via a Freedom of Information request to the Department of Justice, had returned nothing.

Conlon cited two examples of non-Irish law which, in his opinion, appeared pertinent to this current case.

Those two cases are that of Lumba from 2012 which saw the UK Supreme Court rule that in exercising statutory powers the government must outline what policy is being used to make its judgement, and that of Paposhvili vs Belgium at the Grand Chamber of the European Court of Human Rights (ECHR) in 2016 which pertained to a seriously-ill Georgian man who had argued that a deportation to his home country would put him at risk of inhuman treatment and an earlier death.

In the case of Paposhvili, that judgement was delivered after the previous decision to dismiss the appeal against the deportation order in the High Court.

Conlon argued that the Paposhvili ruling had changed the accepted threshold regarding such deportation challenges, thus casting his own client’s appeal in a fresh light.

“I don’t think the stamp ‘this is government policy’ absolves the executive from publishing whatever policy is being used,” he said, adding that the principle of equality before the law in the Irish Constitution is otherwise in question.

‘Resorted to prostitution’
He made reference to the alleged informal policy on behalf of immigration officials, “colloquially known as the ‘scheme that doesn’t exist’”, ie that undocumented migrants who have lived in the State for some time can expect to be allowed remain.

Conlon said that his client’s case is “stronger due to (the boy’s) medical condition”. He cited a call by former High Court judge Bryan McMahon, who chaired an Oireachtas Working Group examining the refugee process in Ireland, for those who have been here for longer than five years to be allowed to stay.

He read from an affidavit submitted by the boy’s mother which stated that she had been so desperate in order to fund his treatment that she had resorted to prostitution.
“What would happen to (my son) if we were to be deported?” the affidavit read.

“In order to pay for my son’s medication I became involved in prostitution.

Conlon quoted a 2014 letter written by consultant haematologist at Our Lady’s Children’s Hospital, Crumlin, Dr Corrina McMahon, who said that the young boy “is at risk from the most extreme condition of sickle cell disease”.

“I would say that if (the boy) is deported to Nigeria it is very unlikely that he would survive,” the letter said.

“It appears to me that the decision under review was subject to a de facto policy,” Conlon continued. “We need to look at what the best interests of the child are.

“That is not a requirement under Irish Constitutional law. But it may be under Article 42A of the Constitution, which states that ‘the best interests of the child shall be the paramount consideration’.

Regarding Lumba, and the need for a government to identify what policy it is following, Conlon said, “I do not think the specific point of whether a practice or policy has to be published has been decided by an Irish court.

“That question has not been determined.”

He stressed to the assembled justices that if the Paposhvili ruling were to be referred to in their judgement, then his clients’ case is “essentially a slam dunk”, basketball terminology for a ‘sure thing’.

He said that there is some evidence in the report of Dr Corrina McMahon which could bring the Paposhvili case into play (that case saw the European Court of Human Rights reshape its case law regarding Article 3 – relating to torture or inhuman treatment – of its own Convention). Arguing his point, the barrister said that on a number of occasions in the last four years the boy has needed “life-saving blood transfusions”, and that deporting him could “shorten his life or lead to a rapid irreversible decline”.

He reiterated that the boy’s mother “has no money” and “can’t afford to pay for treatment” due to the heightened expense of such treatment in Nigeria.

It was also pointed out to Conlon that his suggestion that the Nigerian health system is “continuing to deteriorate” stems from articles written in 2007 and 2008.

A policy, or not a policy?
In rebutting the substance of the appeal, counsel for the Minister for Justice Nuala Butler said that the Lumba decision exists “in a situation which is far more guideline-oriented (the UK) than the Irish system”.

She said that Ireland has “extensive government policy on issues of immigration”.

“So if you’re someone in India who wants to come to Ireland to work you can look on the website and consider what you have to do.

Regarding the alleged lack of a policy being in place regarding deportation orders, Butler said that “there may be trends or approaches but that doesn’t mean that a policy is being applied, unless the government decides that in light of those trends we should have a policy”.

“In effect the only decision maker is the Minister. The decision is still a discretionary one.

She said the the call of the McMahon Working Group regarding the Irish refugee process, ie that those who have been here for greater than five years be allowed remain, does not apply to situations such as that of the Nigerian appellant who had been allegedly “evading” the Irish immigration system, and that regardless the Working Group’s findings do not “automatically apply” to such legal cases.

Butler argued that solicitors for the woman and her son had specifically petitioned the Department of Justice to consider whether or not they should be considered under the Working Group’s criteria, but that this did not take into account, in the words of Justice John McMenamin today, that “if you’re an evader you’re out”.

The Working Group “wasn’t intended to translate longevity into a right to stay”.

“The solicitor [Dublin firm BKC Solicitors] wishes to characterise the Working Group report as secret policy, which has to be meaningless,” Butler continued.

“The Minister has absolute discretionary power in granting leave to remain, on a case by case basis,” she said. “McMahon was trying to achieve a case that if you’ve been here for a long time you wouldn’t be sent back. But there are two different recommendations – one for those subject to a deportation order, and one for those who aren’t.”

She said that legal advisers for the woman and her son had hoped to use the parts of the Judge McMahon report that aided their case without making reference to the fact their clients were “classified as evaders”.

If, when making a decision to allow someone “who has been here a long time” to remain, it’s necessary that “that time has been spent lawfully”, Butler argued.

“In summary, there isn’t an obligation for Minister to have a policy,” she added.

“The Minister is making a decision which is inherently executive – it’s codified by the Irish Immigration Act which has been repeatedly recognised.

Blood transfusion centres
With regard to the specific circumstances of the sick boy, she argued that the mother’s submissions regarding her son’s hospital stays do not tally with “available medical evidence”.

Butler raised the appellants’ case that the Nigerian health system is not fit for purpose, querying whether the woman and her son would in fact not be able to access treatment in Nigeria.

“In Lagos there are 80 blood transfusion centres, and a sickle cell disease foundation,” she said.

She said the Irish legal status quo “has not been challenged as comprehensively by Paposhvili as (Conlon) would like it to have been”.

“3% of Nigerians have it (sickle cell disease). They may understand the illness better than we do here.

“It is always difficult to be the court that decides on the fate of one little boy, but it is not just this little boy. There will be many, many people entitled to claim that it would be inhumane to do otherwise (have them deported). That has never been accepted by the ECHR.

“The difficulty in this case is that we’re not at the extreme end of the spectrum. It’s a sad case, but it’s not extreme,” she added.

A judgement in the case is expected to be delivered in four-to-six weeks.