Opinion: Next month’s Supreme Court appeal hearing has significant implications for the upcoming referendum on the Eighth Amendment. 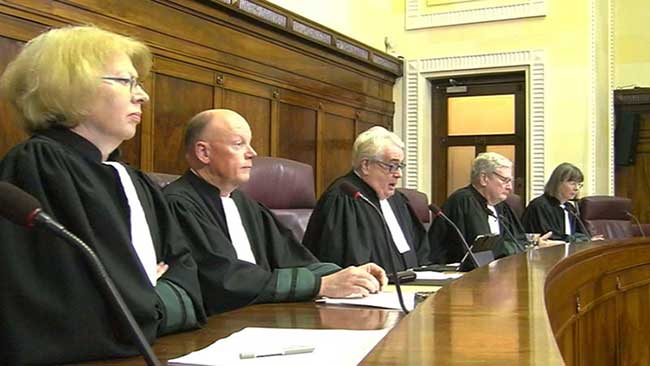 In February, the Supreme Court will consider an important case that will have significant implications for the abortion referendum. The Court will hear an appeal by the Minister for Justice and Equality of a 2016 High Court ruling by Mr Justice Richard Humphreys in the case of IRM v Minster for Justice and Equality. The court held that the Minister, in considering whether to revoke an order to deport the applicant, must consider the rights of his partner’s unborn child.

The ruling has implications for the referendum on the Eighth Amendment because of what it said about the rights of an unborn child under Irish law. Mr Justice Humphries decided that the definition of a “child” under Article 42A, the provision on children’s rights, includes an “unborn child”. This means that as things stand an unborn child enjoys rights beyond and outside those contained in the 8th amendment, Article 40.3.3, the subject of the upcoming referendum, which provides for the right to life of the unborn.

The Supreme Court, recognising the significance of this appeal, asked for the case to be fast-tracked for hearing to provide clarity before voters go the ballot box. If the Supreme Court confirms the High Court ruling, then confining the referendum only to the matter of repealing the Eighth Amendment could lead to confusion on where the law on unborn children actually stands.

It is worth examining how the High Court came to its conclusion. Mr Justice Humphreys considered the wording of Article 42A: “the State recognises and affirms the natural and imprescriptible rights of all children and shall, as far as practicable, by its laws protect and vindicate those rights.” He reasoned that “all children” was a “striking phrase” that “[a]s well as smacking of non-discrimination … must … be given a wide interpretation and should include the child before birth.”

It remains to be seen whether the Supreme Court will confirm this position or whether it will conclude that Article 42A only applies to children after birth. An alternative option, perhaps an unlikely one, is that the Supreme Court could rule that children’s rights under Article 42A begin at a set point during pregnancy. However, this would appear unnecessary to resolve this particular case. 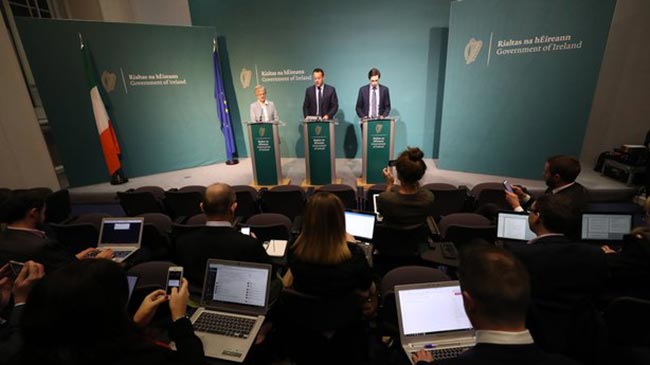 Taoiseach Leo Varadkar, Minister for Health Simon Harris and Children’s Minister Katherine Zappone speaking at a press conference last night after the Cabinet approved plans for a referendum on the Eighth Amendment

What is certain is that if the Supreme Court endorses the reasoning of the High Court, the “natural and imprescriptible rights of all children” will apply to unborn children. Leaving aside the issue of defining a ‘child’, Article 42A does not provide complete detail on what these rights actually are. However, courts could interpret “natural and imprescriptible rights of all children” as including the right to life in future. And so, the upcoming Supreme Court ruling on the definition of a ‘child’ becomes significant with a referendum on this matter on the horizon.

Let’s consider the following scenario: the Supreme Court endorses the High Court ruling, confirming that an unborn child enjoys protection under Article 42A. The referendum passes amending the Constitution to remove the Eighth Amendment and to enable the Oireachtas to legislate for abortion. The Oireachtas then introduces legislation in line with the recommendations of the Oireachtas Joint Committee on the Eighth Amendment. Such legislation could be challenged on the basis that providing for abortion in these wider circumstances is a breach of the rights of the unborn child under Article 42A. Rather than the ballot box, the courts could become the place for determining abortion laws in Ireland.

It is difficult to predict how courts would rule in this situation. If a court decided to uphold new abortion legislation as constitutional, they could argue that that is what the people voted for in the referendum. They could say that it is best to leave law-making to our legislators and not to intervene on the grounds of the separation of powers. They could also acknowledge that while “the State shall … defend and vindicate” children’s rights it must do so only “as far as is practicable” according to Article 42A. But these arguments are not beyond question. 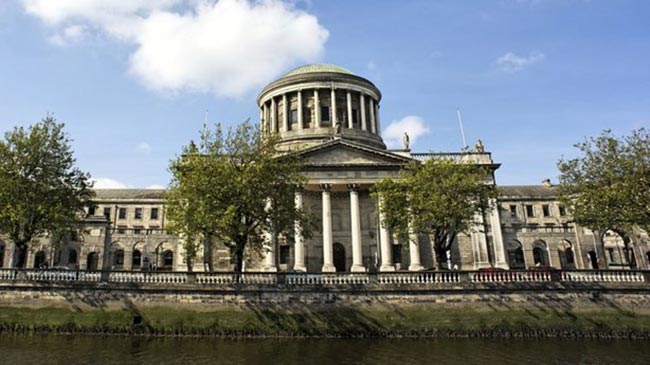 Until the Supreme Court gives its ruling in IRM v Minister for Justice and Equality, this is speculation. Whatever the result, the case is a timely reminder for our legislators that the Constitution is an organic document that can be interpreted by judges in subtle ways. The proposed wording of the constitutional amendment may not go far enough to provide certainty on the issue. Depending on its final wording, the constitutional amendment may or may not provide certainty on the issue. There is a possibility that, notwithstanding the people’s decision on referendum day, the courts could have an influence on law in this area.

You can listen to the audio from RTÉ Radio One’s This Week, Professor John O’Dowd of UCD Law School talks about the upcoming Supreme Court appeal by clicking here.
BKC SolicitorsNewsSupreme Court Case